Sydney the oldest, biggest, and most beautiful of all Australian cities, lies amid a seductive intermingling of land and sea. Glide along the glittering harbor on a ferry, see the white sails of the Opera House gleaming in the sunshine, and admire the graceful arch of the Harbour Bridge and it’s hard to imagine this vibrant state capital was once a brutal convict colony. In 1788, it was at Sydney Cove where Captain Arthur Phillip, commander of the First Fleet, established the first British colony in Australia.

Today, visitors can explore Sydney’s fabled history in the narrow cobbled laneways and historic buildings of the Rocks, at the city’s excellent museums, and the rock paintings of the Gadigal aboriginal people who once thrived on this land. Sydney still fizzes with the adventurous spirit of its settlers. Visitors can climb the harbor bridge, surf the green-barrel breaks at Sydney’s golden beaches, or fly over the city on a scenic tour. And national parks surround the city providing appealing day trip possibilities 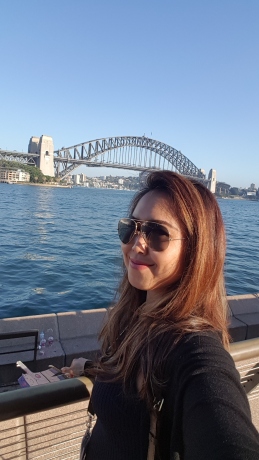 One of the world’s great icons, the Sydney Opera House is a UNESCO World Heritage Site and the star attraction on the glittering harbor. This graceful building, shaped like shells or billowing sails, perches on a finger of land surrounded by water. Snap a photo while gliding by on a harbor cruise, relax at one of the restaurants, stroll around its exterior, or take an organized tour of this magnificent structure, which encompasses theaters, studios, exhibition rooms, a concert hall, and cinema. Book a Sydney Opera House Guided Walking Tour to learn about the history and get a behind-the-scenes look at this famous building. This is a flexible ticket that allows you to join any one of the tours throughout the day, departing every half hour from 9am to 5pm. Avid photographers head to Mrs Macquarie’s Chair for one of the best photo opportunities.

Admission: Free entry to the foyer and eateries, varies for guided tours and events

How to get here :

If you take a Train or Ferry, get off at Circular Quay. 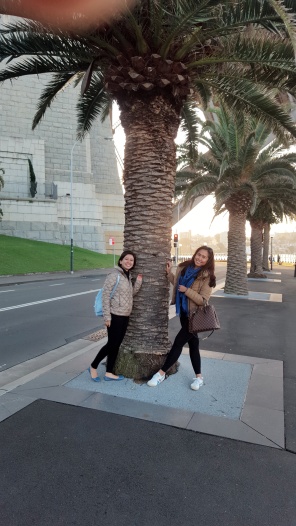 The pedestrian walkway on the Sydney Harbour Bridge allows visitors to safely walk across the bridge. Although wire mesh is in place for safety purposes, a gap has been left at chest and head height to take photos.

There are two ways to access the walkway: from the southern side of the bridge or from the northern side.

On the southern side, there are stairs in Cumberland Street, The Rocks.

To access the walk from the northern side of the bridge, catch a ferry to Milsons Point from Circular Quay, which is just one stop away.

At the Milsons Point jetty, walk up the hill to the stairs that take you up onto the bridge and grant you access to the walkway.

You can also access the walkway from the Milsons Point railway station, which means catching a train at the Town Hall or Wynyard subway stations.

The walk across the bridge should take from 15 to 30 minutes, depending on how many times you stop to admire the harbour and take photos. By walking across the bridge from north to south, you enjoy the best views because you are walking towards the city, not away from it.

As you approach the southern side of the bridge, you’ll notice the Pylon Lookout located in the south-east pylon.For a small admission fee you can go up to the top of the pylon and experience great views of the Opera House, city skyline and Sydney Harbour. 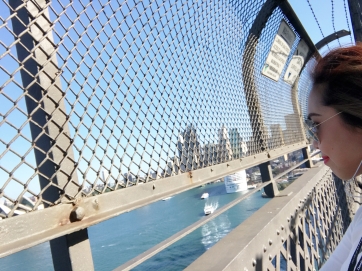 Get a sense of Sydney’s past exploring The Rocks’ cobbled laneways, cosy cafés and oldest pubs in the country. Throughout this historic precinct you’ll find great places to stay, eat, drink and shop – and a buzzing annual events calendar.

Tourists and Sydneysiders alike flock to the area to take in the markets – on Fridays, you’ll want to bring a healthy appetite to The Rocks Foodies Market and its mouth-watering stalls! The fun (and the exquisite food) continues on Saturdays and Sundays at The Rocks’ Weekend Markets, where over 200 stalls sell designer clothing, accessories, homewares, jewellery, photography and souvenir gifts.

The area is a well-known creative and cultural arts hub, too, whether you’re visiting the Museum of Contemporary Art or stumbling on artisans, poets or bespoke craftsmen as part of The Rocks pop-up project. Be sure to check out the Argyle Gallery and The Rocks Discovery Museum too. 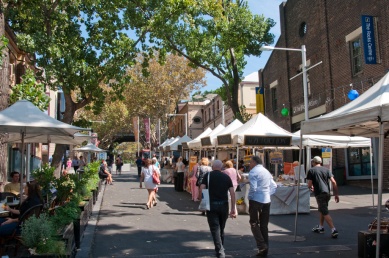 30 Minutes to Manly by Ferry

Since 1855, Sydney Ferries’ famous Manly Ferry is a “must do” for visitors and makes the 30 minute trip regularly, day and night. Manly Ferry timetables and information about fares, passes and attractions are available from the Sydney Ferries website.
Transport Info Phone: 131 500

From 1st April 2015 the Manly Fast Ferry Service from Circular Quay to Manly will operate from Wharf 6. All Darling Harbour services will remain on Manly East Pier. 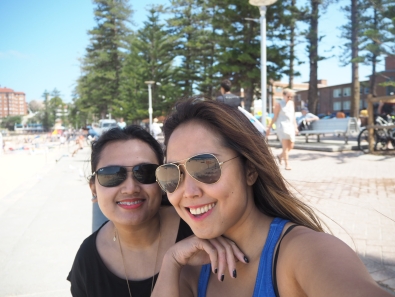 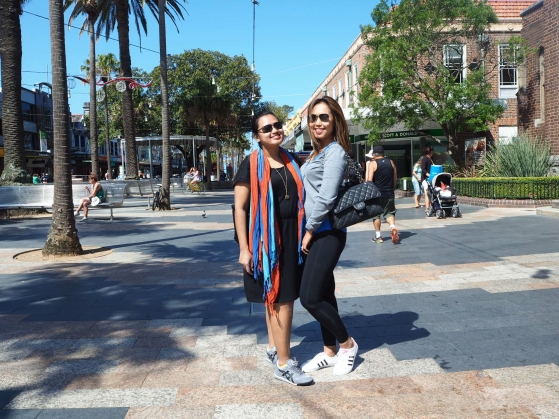 Getting to Bondi Beach, by train, car, bus and plane. Bondi Beach is only 7 km (5 miles) from the Sydney central business district so there are generally plenty of options for getting there.

Travelling by car is probably the easiest but the parking near the beach is generally a nightmare. Catching a bus from the city is also pretty easy but it can take anywhere from 45 to 60 minutes depending on the traffic. Catching a train to Bondi Junction and then a bus to the beach is generally a good option and takes about 30 to 40 minutes from the city. Bondi Junction is about 3 km (2 miles) from the beach.

By train and bus

From Central station, take a suburban train on the Eastern Suburbs and Illawarra line (stopping on track 24) bound for Bondi Junction and get off at the terminus. The train runs every 10 minutes during off-peak and every 5 minutes during peak. It also stops at Town Hall, among others.

Once at Bondi Junction station you have several options:

There is also a red Metro bus, number 40 from Chatswood via Wynyard, Town Hall, Museum and Paddington that terminates in Bondi junction. Until the 1st January 2016, and if you’re travelling to Bondi Beach from stations on the CityRail network, you can buy a convenient all-in-one Bondi Beach link ticket. Just select Bondi Beach as your destination on the ticket vending machine. Tickets are valid until 4.00am the following day.

Buses from the city start from Circular Quay, close to the ferries, on Alfred Street. Catch the 333 or 380. Buses go up Elizabeth Street, turn left at Liverpool Street, then Oxford Street and travel through to Bondi Junction via Oxford Street.

The 389 also departs from Circular Quay. This route threads its way through the local suburbs and terminates at North Bondi a few blocks back from the beach.

Make your way towards the city. If you are coming from the west travel via the Cross City Tunnel, up Ocean St, then left into Syd Einfeld Drive and then another left into Bondi Road.

If you are coming in from the North, cross over the bridge or tunnel to the Metroad 1 and turn left into Moore Park Road, which turns into Oxford Street, and then Syd Einfeld Drive. You then make another left into Bondi Road and then travel down the hill to the beach.

From the South or South West head to the city up Southern Cross Drive. At Moore Park you’ll need to do a bit of a dog leg. First left into Lachlan Street, right into Bourke Street, right again into Cree Street, then left into South Dowling Street. A right into Cleveland Street and a left into Anzac Parade will bring you to Moore Park Road where you turn right. Travel up to Oxford Street then to Syd Einfeld Drive and make another left into Bondi Road.

Waverley Council owns and operates commercial car parks within the area and provides a number of free car parks. There are also other privately operated car parks. A five hour plus stay can cost you anywhere from $18 to $40 plus. If you park in the street make sure to watch out for the council parking inspectors, they are without mercy.

You can catch a taxi from Bondi Junction which costs about $15 to $30, or from the city and be charged between $30 to $50, depending on the traffic. A taxi from the airport would set you back about $35 to $50, again prices depend on the traffic.

The eastern suburbs of Sydney are well serviced by Uber. Standard pricing is generally about a quarter less than the equivalent taxi fare. Sadly the legal status of Uber in NSW is currently somewhat confusing. So it’s your call if you want to use it 😉 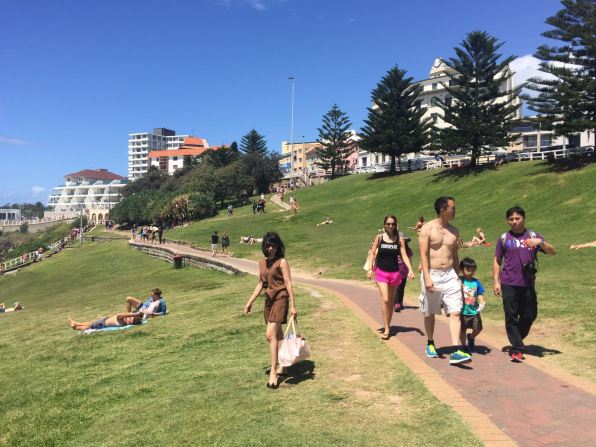 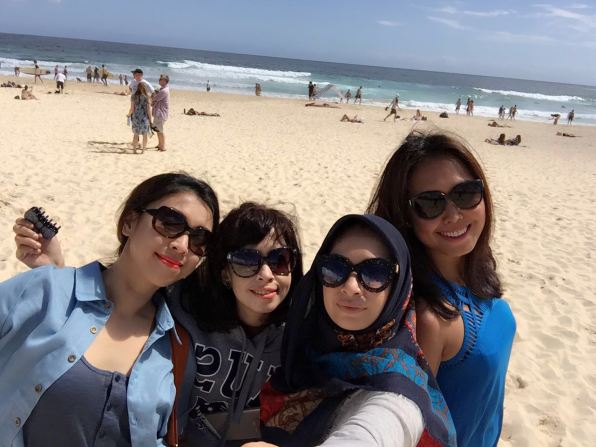 Hyde Park is Australia’s oldest park. It’s also one of the most well-known. With just over 16 hectares of wide open space in the heart of central Sydney, there is no shortage of lush grass if you want to claim a small piece of land for an impromptu picnic, or simply have a seat and take a breather. You’ll always be able to spot sunbathers clustered around in twos and threes, lazily soaking up the sun’s rays. There are also plenty of benches in the park if you want to put your feet up without ruining your Sunday best!

You’re also spoilt for choice when it comes to public transport options to the park. Museum and St James train stations are beneath the park, and you can take your pick of many bus routes, as the park is bordered by several major roads. If you’re cycling in, bike parking is also available. There’s a café if you need a caffeine fix or want to satisfy your sweet tooth 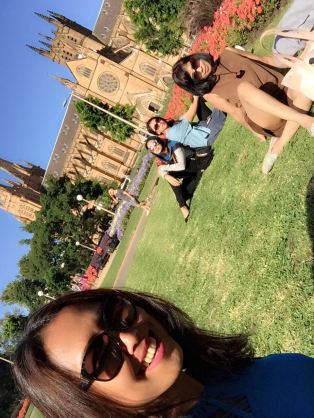